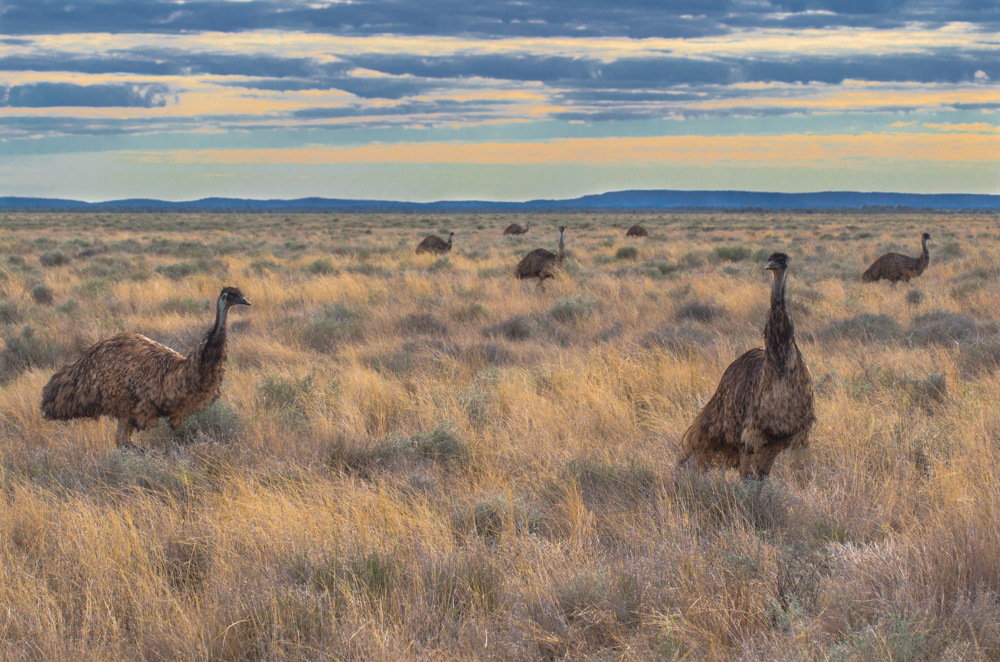 I have had the good fortune to be part of a research project at the University of New South Wales’ 40,000 hectare research facility, Fowlers Gap.

It is vast. It is in arid country, 100 kilometres north of Broken Hill. An incredible place, it encompasses a hilly range, the same one that Broken Hill is a part of, ephemeral Eucalypt dominated creeks and grass or copper bush dominated plains. David Keith, in his excellent book ‘Ocean Shores to Desert Dunes’ (More information on the book) describes two ecological communities that are present here. Gibber Chenopod Shrublands in the hills and Aeolian Chenopod Shrublands on the plains. 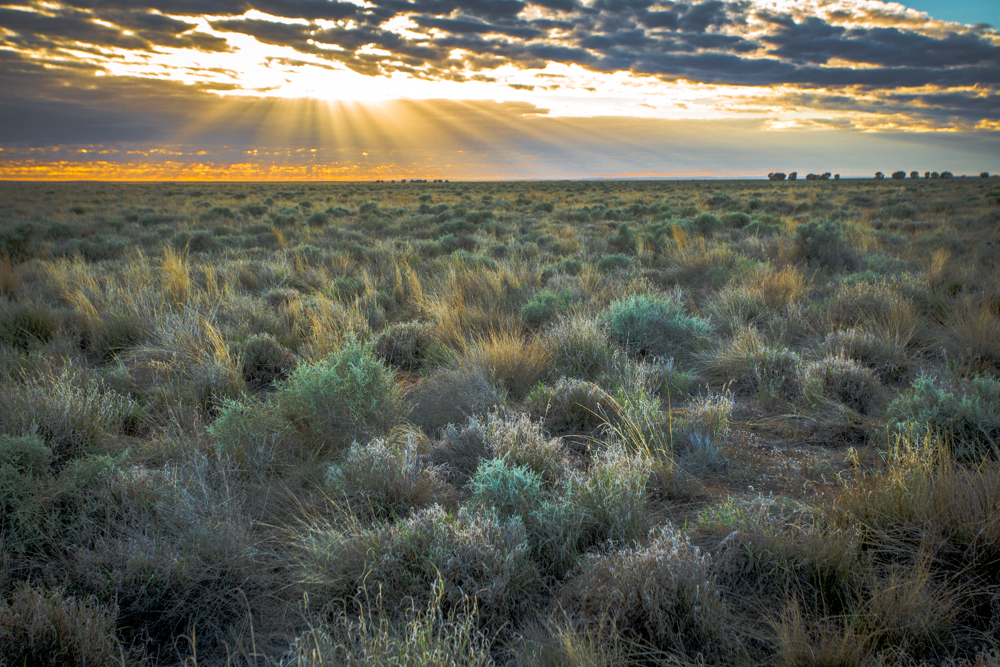 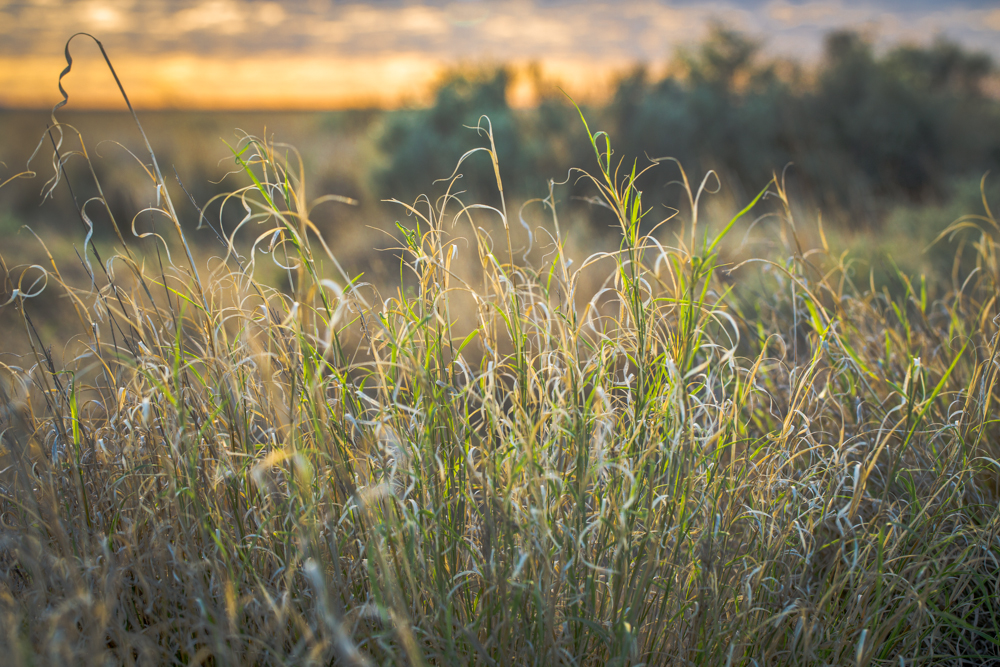 The plains are highly variable, sometimes Mitchell Grass dominated (pictured above), sometimes Maireana (Bluebush) and other times a mix. But, they are surprisingly diverse and it appears a healthy ecosytem supporting an array of wildlife. The Marieana, a Chenopod, has a fruit with wings ideally adapted for wind dispersal. I think the species shown is Maireana sedifolia. 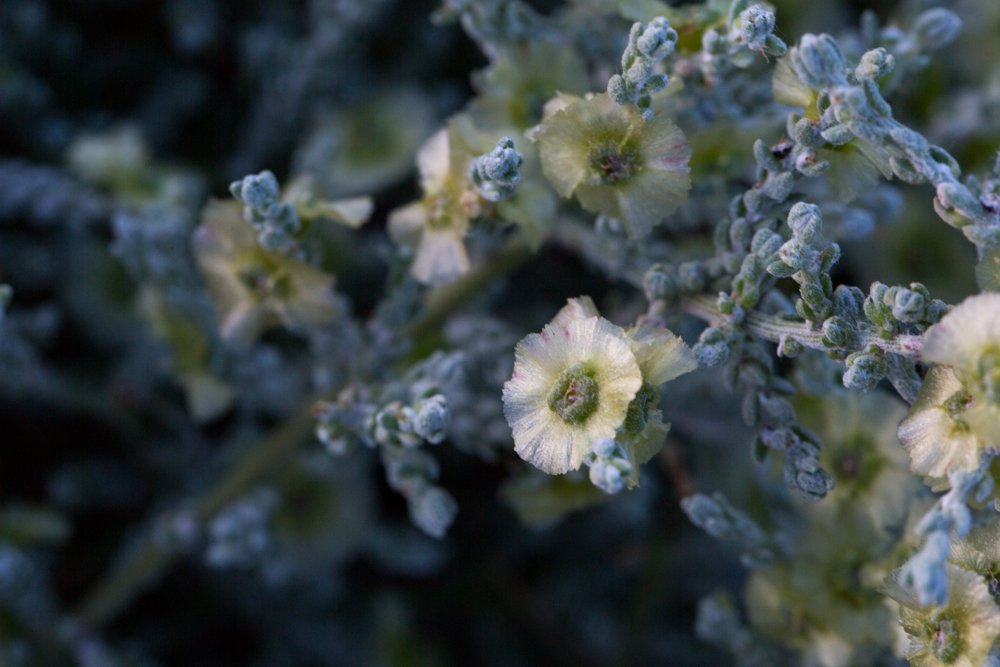 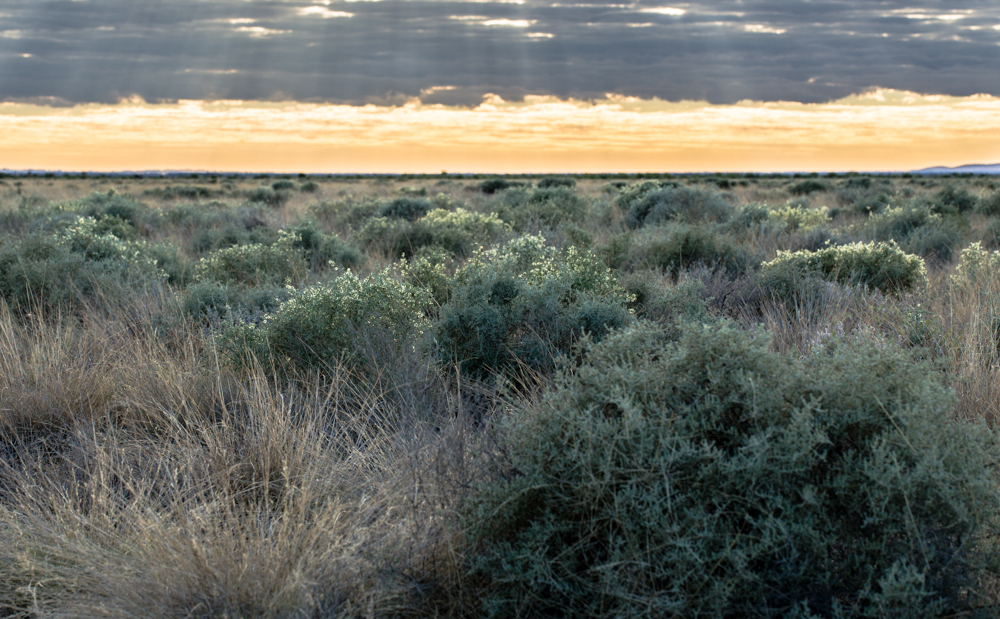 The hills are harsher. Feral goats compete with the Euro kangaroo and other wildlife so that it appears in places over grazed and hostile. 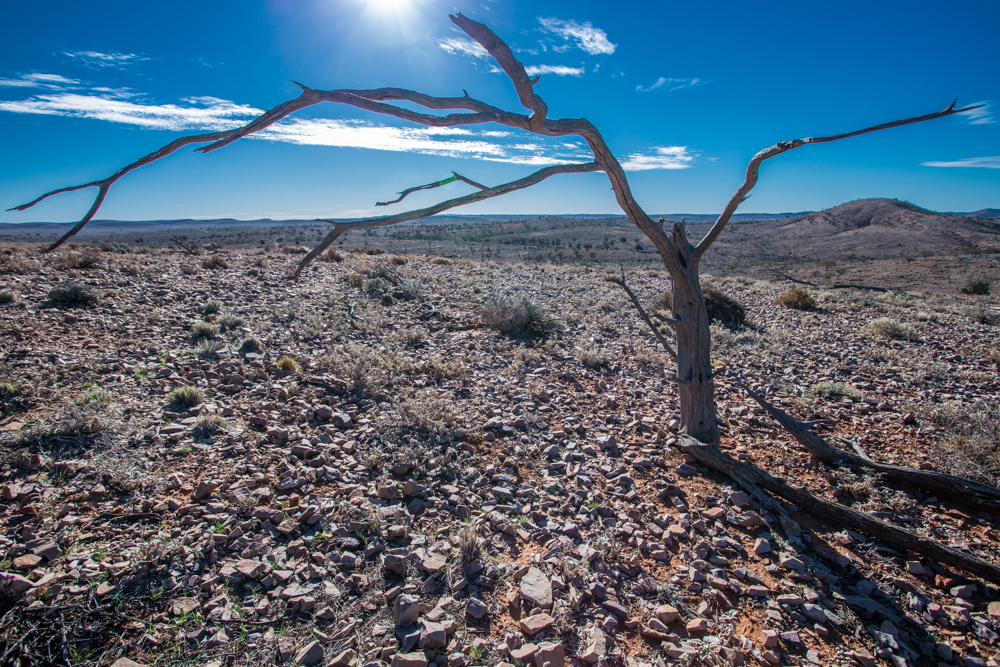 It is isn’t everyday that you get to visit arid Australia. It is incredibly ancient, beautiful and harsh. I passed through Broken Hill, a mining town on an ore body. Named after a hill which appeared broken, but which is now a spectacular ‘slag heap’ backdrop to the town. It is a visually startling town. 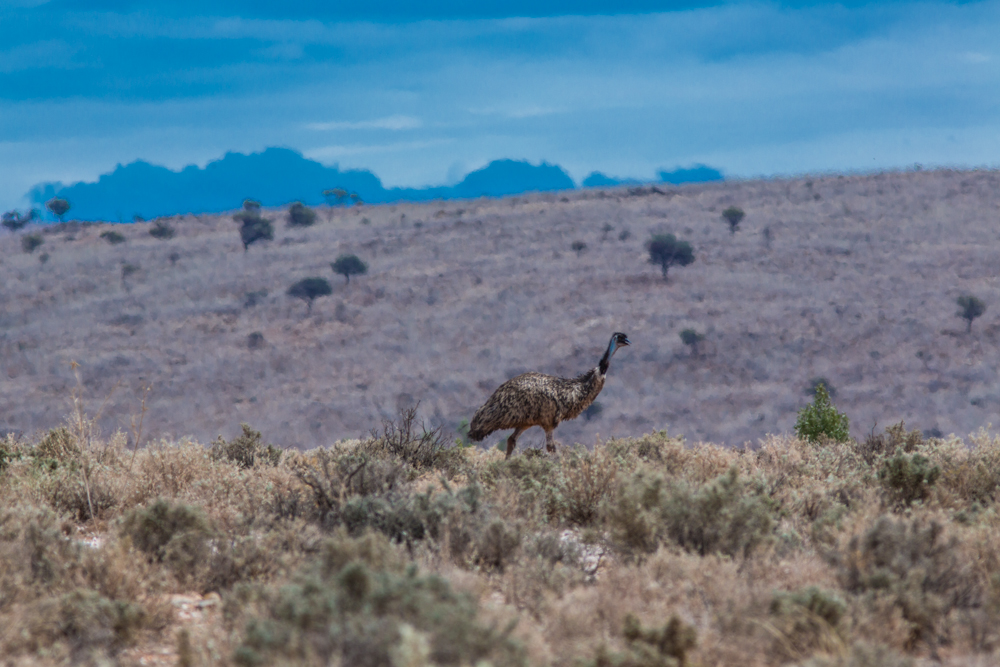 I love the emus, though they are so common that for the people that I am with, they are just another element in the landscape. Amazing animals, the female is solitary for most of the year and uses all her energy to lay a clutch of up to twelve eggs. The male incubates them and raises the young.